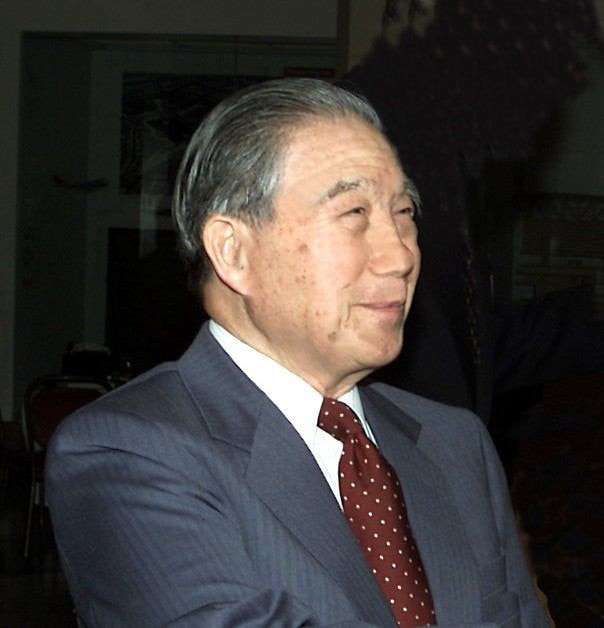 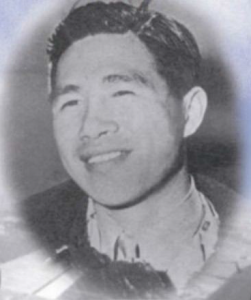 Moon Fun Chin (Chén Wénkuān, 陈文宽) was born in 1913, Zhongshan, Guangdong province in China. His father who was an American citizen of Chinese descent, took the young Moon to Seattle, Washington in USA. Moon’s family moved to Baltimore where he later completed his high school education. At a young age, Moon had already exhibited a keen interest in aviation. Soon after completing his high school education, he decided to enroll in Curtiss Wright Flying School and graduated with a Commercial Pilot Licence.

Upon hearing that CNAC intended to expand its operations in 1933, Moon’s uncle coaxed his young, energetic nephew to come to China to meet with Bond.

Bond decided to hire Moon for CNAC. However, Moon commenced work in CNAC not as an aviation pilot, but as an aviation mechanic due to his prior work experience before joining CNAC. Two weeks later, Moon was finally given the opportunity to be a co-pilot of an aircraft on a Shanghai-Beijing route. While on the ground, he still multi-tasked as a mechanic. In 1936, Moon was promoted to “captain”. As a captain, he flew on a “Stinson” which was based in Chengdu. Everyday, he flew on the Chengdu – Chongqing route. En route to Chongqing, he picked up tourists who visited the Yangtze River and other passengers who wished to continue on their journey to Chengdu. He flew transport missions that included flights over the Himalayas. From time to time, Moon would fly to Rangoon (Burma) and Hanoi (Vietnam) when needed.
Moon was only 20 years old when he began his flying career as a co-pilot in the Loening. The Loening Seaplane was one of the first of the “shoehorn-float” civilian aircraft that could land and float on sea water.

By the time Moon became a captain, he flew on several other types of aircrafts, such as the Stinson, Douglas Dolphin, Sikorsky S-38, DC-2 and also the DC-3.

The CNAC was later taken over by the Chinese Nationalist Air Force and in collaboration with the US Air Force during the ensuing second world war years. During the World War II (1939 to 1945), even though Moon was only a civilian aviation pilot, he volunteered actively in frequent military rescue missions and subsequently secured the lives of many US military personnel. Among those military personnel he daringly rescued, was Lt Col James Dolittle who led the USAF squadron in the bombing of Tokyo following the attack on Pearl Harbour in 1942. He rescued Dolittle and transported him from Kuming to Myitkyina, a city in northern Burma. Moon also ferried in his aircraft many American navy personnel to and fro the Gobi Desert where the American Navy had a weather station. 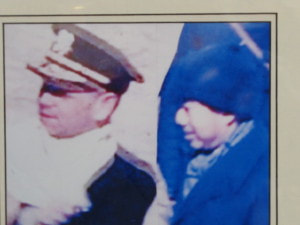 Moon Fun Chin as a young civilian pilot
Below (left): The Distinguished Flying Cross a military medal awarded for “heroism or extraordinary achievement”, in aerial flight.
Below (right): The Air Medal is a military decoration for a person who, while serving in any capacity in or with the USAF, distinguished himself by heroic or meritorious achievement in aerial flight. 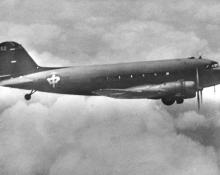 CNAC Douglas C-47 (DC-3) en route Dinjan to Suifu c. 1944
Harboring in mind that Captain Chin was never ever been a military personnel, yet because of his heroic and meritorious service for the US Military, he was duly recognized and awarded these four medals by the American government. Moon Fun Chin became one of the most decorated civilian pilot by the US military. Soon after the war, in 1946, he left CNAC to work for China’s Central Aviation Transport Corporation (CATC) as head of operations. As the head of operations, he initiated the purchase of new aircrafts, recruited and trained pilots and other flight crew. Moreover, he oversaw operations in mainland China when CATC became part of the Civil Air Transport (CAT) of Taiwan in 1947.
The 96-year old, Captain Moon Fun Chin, one of most decorated civilian aircraft pilot of WWII and the post war era
Eventually, due to his vast experience in civil aviation, Captain Chin started his own airline called, “Foshing Airline” in 1951 with aviation services from Taipei to Taitung in Taiwan. In 1992, Foshing Airline changed its name to TransAsia Airways. Its Airbus A320 jets had flights around Taiwan. Many years later, Captain Moon Fun Chin retired as Chairman of the airline company he founded and returned to the USA where he is still an American citizen. 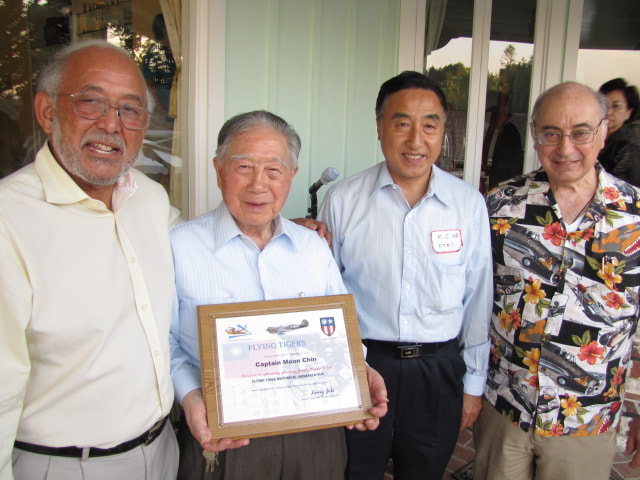