Flag raising ceremonies were held at the site of the Flying Tiger Heritage Park in Guilin, China on March 29th, 2013

Rainy skies meet the crowd assembled to witness the three flags once again flying together over the site of the old Yong Tong airfield.  With color and pageantry provided by the Lingui County directors all those in attendance didn’t seem to mind the rain. Remarks by several dignitaries were kept short in deference to the weather but the flag raising ceremony was impressive with the School Band playing very well and the Honor Guard performing flawlessly.  The children’s school band played the Chinese national anthem as the Chinese Flag was first raised and the Star Spangled Banner was played as the Flying Tiger and United States Stars and Stripes were raised. After the flags were raised everyone had a chance to explore the museum under construction, including the children.  (Wonder what OSHA would say to that?)  All then climbed the short distance to the cave, laid flowers in remembrance of those who served here and proceeded to explore the cave.

The size and grandeur of the museum was quite evident as the exterior walls are up and the dome location clear.  The buildings are to be clad with marble and the interior richly finished.  From concept to this stage of completion the Chinese have shown a clear vision of how they intend to honor the people that preserved our freedom in WW II and recognize the Flying Tigers.

Against insurmountable obstacles and nearly impossible odds the people honored and remembered here vanquished an aggressive and brutal enemy from China and allowed her people to determine their own destiny.  They established a friendship and built a bridge that has stood the test of time allowing us today the luxury of knowing each other and working together to make a better world for all.

That evening a banquet was held to celebrate the first time since the war years that all three flags have flown together in peace and friendship.

NOTE: Click on a photo to enlarge, and click on the letter “i” at the bottom for information listed on each photo. 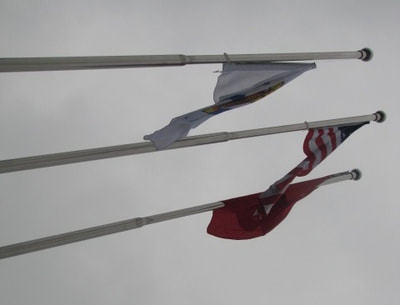 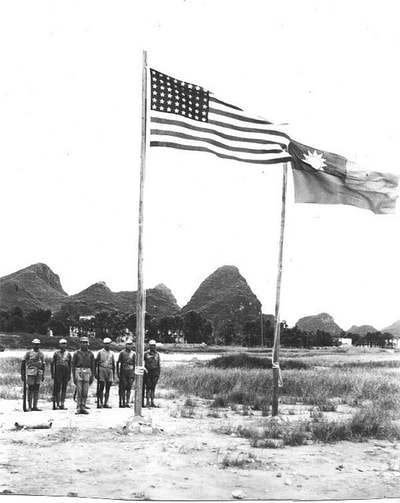 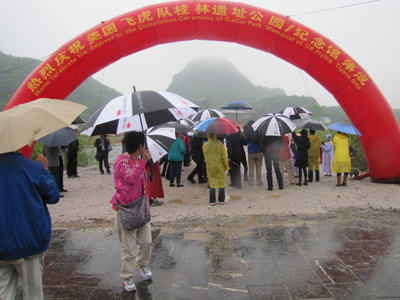 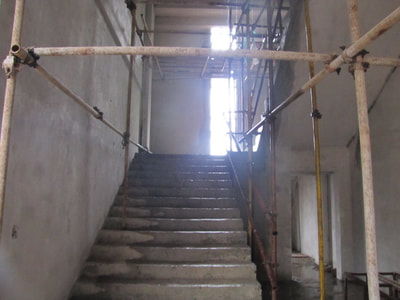 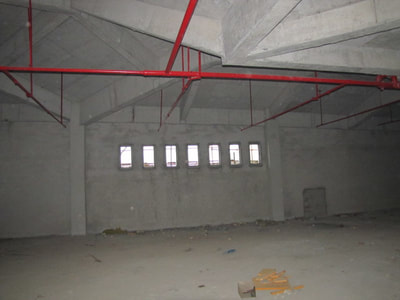 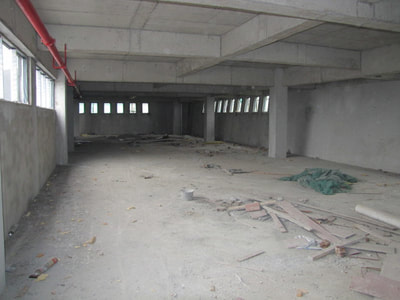 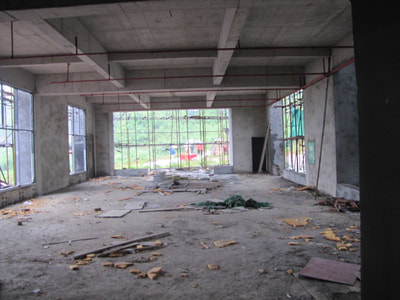 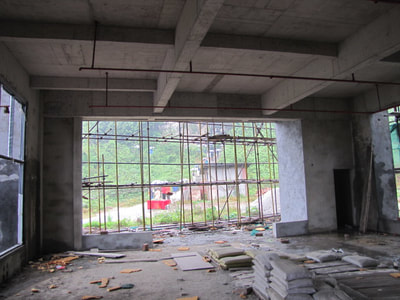 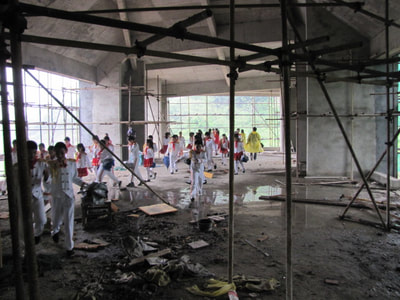 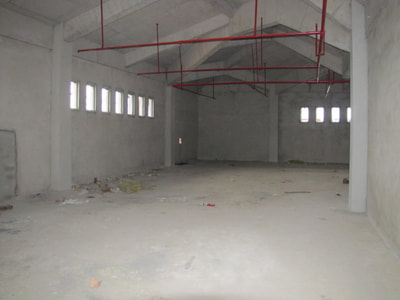 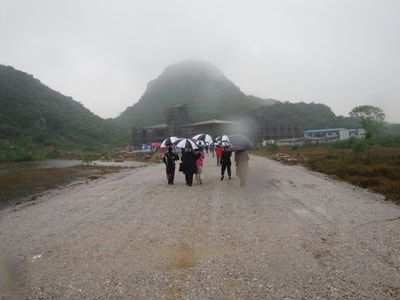 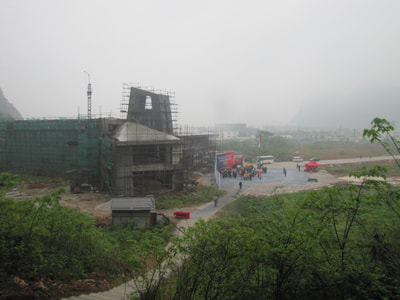 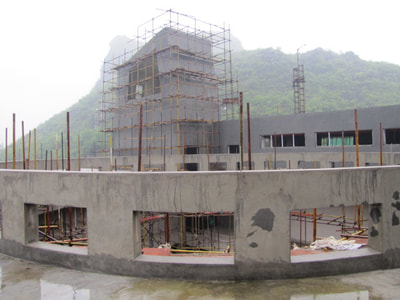 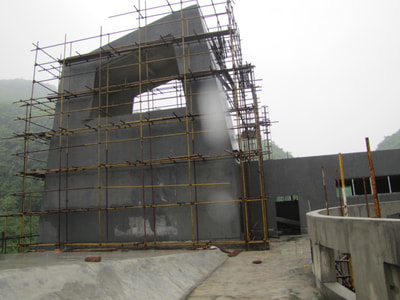 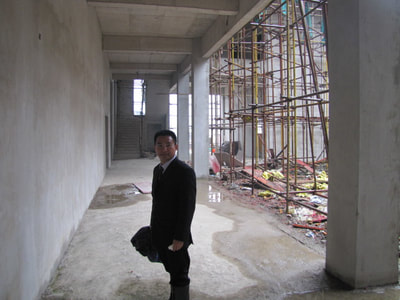 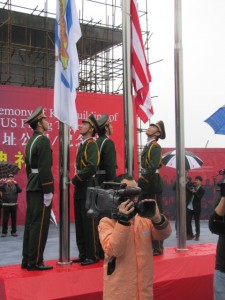 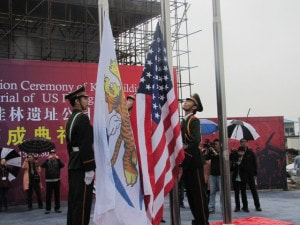 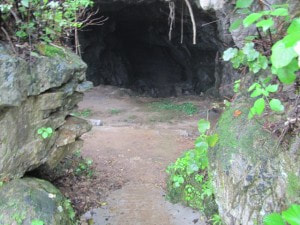 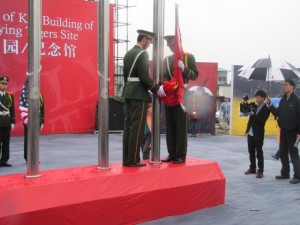 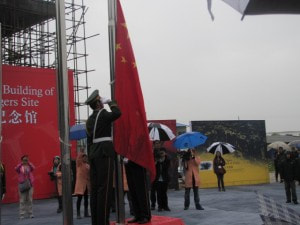 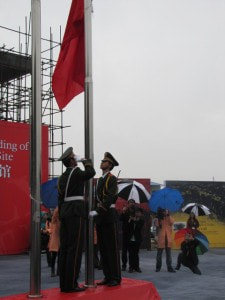 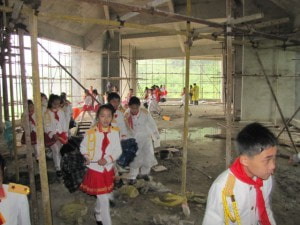 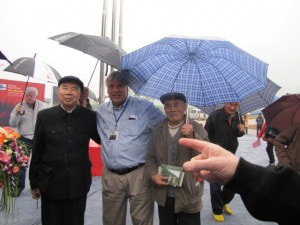 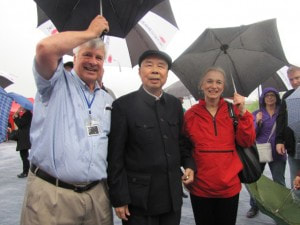 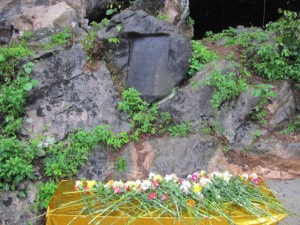 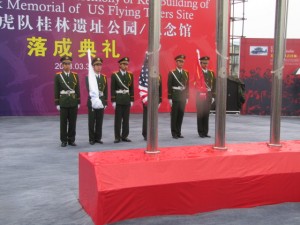 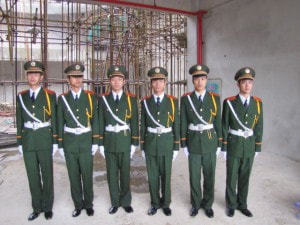 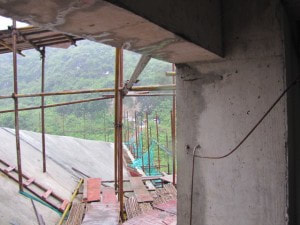 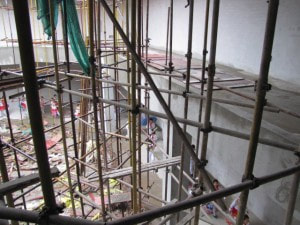 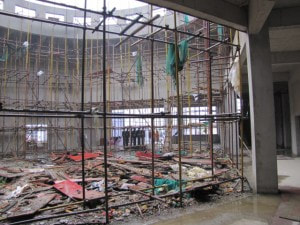