As near as can be determined from one eye-witness account as well as a series of photographs taken in 1943 and 1944 the interior was divided into nine separate areas:

The over-all Command Center being central with a moderate size office for Chennault and two secretaries. This had camphor-wood walls nearly completely covered with warm-ups, notice-boards, duty-rosters, communications, pilot and recon reports, etc. Five desks were manned by clerks and secretaries as well as General Chennault.

Immediately outside Chennault’s office were those of the 308th. Bomber Command and the over-all fighter-squadrons surrounding a large glass war-table. Communications ran to various Unit out-buildings, the front gate and distant control-tower, as well as the 396th. -salvage and radar area; even more remote to the fuel storage facilities near the rail-line N. E. and the base medical facility. Men from the outer offices worked various positions at the War-table, conferring by telephone and also by radio with the alert-net and pilots which were coordinated into plotting advancing/retreating enemy, downed pilot-rescue, Alert-shack (tent) and aircraft on Yang Tang, Ehr Tang and Li Chia Chen (Cun) airfields. Electricity was supplied from remote generators behind the hills via transmission towers and the cave interior well lit. The floors were heavy beamed, thick camphor wood, some bamboo and raised sufficiently to meet blocked semi-circular steps near the raised entrance. Telephone and radio from the early-warning net were placed on the N. wall and operated mainly by Chinese.

Some history: As the war progressed Chennault began using the large airbase at Yang Tang, which had been constructed originally in 1940 as a site for B-17s that the Chiang government never received because of US entry into the War (Pearl Harbor). Eleven outbuildings were already in place, snaking along the Southern periphery of karst peaks (across from the Command cave). In March of 1942 the airfield was tentatively used by a few AVG fighters to protect Kweilin from attack, but the cave chosen for the Command center needed enlargement and interior construction. It is known that Chennault and Scott who headed up the 23rd. Fighter group used a C-47 as temporary office until the cave was finished and communications installed, sometime in mid-summer 1942.

For sure there were many alterations made to the interior as the numbers of fighter and bomber squadrons in the area grew. In fact, it was deemed too small and with the appointment of General “Casey” Vincent as bomber and fighter coordinator, two additional sets of offices were constructed below it. The numbers of airmen and support engineering groups also increased significantly, with the 396th. Taking over a ‘pocket’ sandwiched between the N. side hills where they constructed 11 buildings including two hangars and a salvage yard (this is where the dirt road used for entry now runs and Y’s off well-beyond).

With construction of a mess-hall, and needed storage facilities as well as cooking and air raid sheltering – several caves in the conical hill to the N. of this pocket were enlarged, ‘bored’ thru to allow sight of the air-strip’s N.E. end, and as possible gun-emplacements areas were cemented in on both sides of at least two. They also looked out at the far end onto the railway, its Yang Tang and Ehr Tang spur and the fuel & drum storage beyond. MOL in front of this, along a wide road with taxi-ways was the control-tower in later use for B-24s & B-25s; the fighters having been more dispersed at the other two nearby airfields.

At its usage height in late 1943 and 1944, Yang Tang had 550 buildings, ranging from radio shacks to hangars, and blue-tiled roof main buildings of three wings around an open courtyard to a 2-story control tower. Wide roads crisscrossed the airfield & ran along its Eastern and western sides; B-25s were parked in revetments, and fighters, P-38 recon and service aircraft dotted the S.E. unit areas. Transports came and went, delivering war goods… and the Jing-Baos were sounded by Chinese soldiers beating on a large armor plate slung from a welded steel inverted “L” beam at the field’s S.W. end, near the hostels and recreation areas. The acoustics of the valley were then said to be so good that these alerts could be heard at the neighboring fighter field. The S.W. terminus of the main runaway ended almost in front of the Command Cave, with the N.E. end out of site from that location – a mile away and beyond the conical hill and caves.

On Nov 4 & 5, 1944 the airfields were ordered demolished, the buildings burned and the Command cave, stripped of all important materials and equipment, had what remained in its interior obliterated by a 500-lb. bomb lugged up and detonated. Some say the explosion gave a signal for the other airfields demolition to also begin. This was in response to the ‘string of pearls’ Eastern airbases being taken one-by-one under a Japanese pincer-move by Northern and Guangdong armies. The city of Kweilin had been burned, the bridges blown, and a half-million refugees were on the move by rail, by sampans on the Li River and on foot… ever heading S.W. toward hoped for safety.

Somehow, in the exodus, it seems the storage caves were left MOL intact. While General Chennault stood upon a rock outside the Command cave to watch aerial battles above the base, the open ends of those far caves gave a great view of air-battles, and possibly even better of Japanese aircraft falling from above after attack by P-40s and P-51s as they are slightly elevated and have a fair earthen ramp climb from a trail beginning by the walled house there. A number of photos taken from within exist. 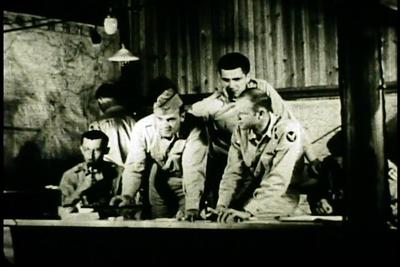 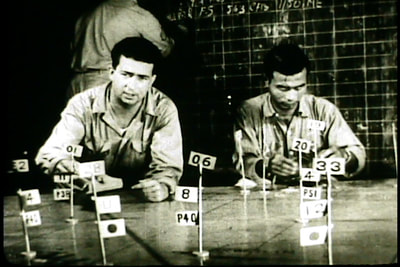 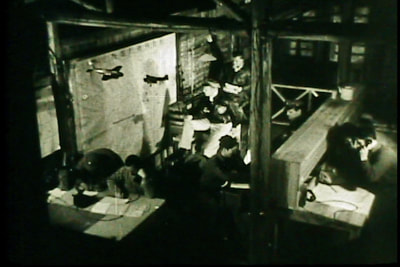 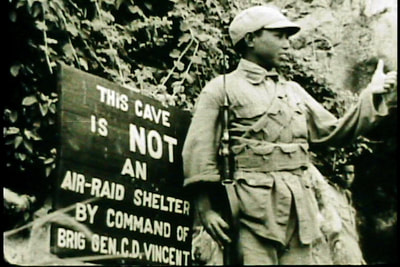 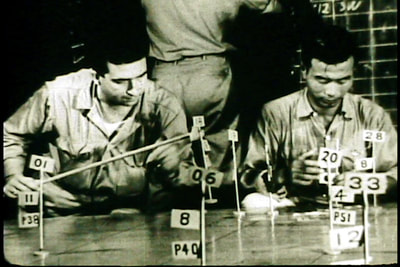 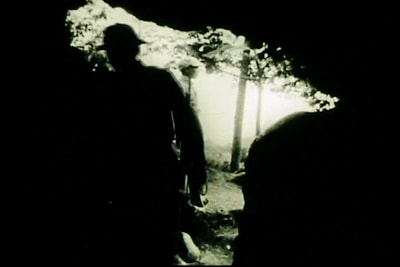 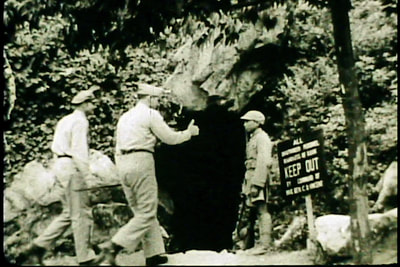